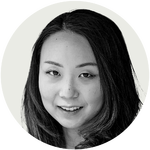 A surge in demand from Asia for discounted Russian oil is making up for the sharply lower number of barrels being sold to Europe, dulling the effects of the West’s efforts to punish Moscow over its invasion of Ukraine and keeping revenue flowing to the Kremlin.

Most of the additional oil has gone to two countries: China and India. China’s imports of Russian oil rose 28 percent in May from the previous month, hitting a record high and helping Russia overtake Saudi Arabia as China’s largest supplier. And most of the increase went to India, which has gone from taking in almost no Russian oil to bringing in more than 760,000 barrels a day, according to shipping data analyzed by Kpler, a market research firm.

Although South Korea and Japan have cut back on Russian oil, those volumes are a fraction of what is being bought by China and India.

“Asia has saved Russian crude production,” said Viktor Katona, an analyst at Kpler. “Russia, instead of falling further, is almost close to its prepandemic levels.”

Russian oil is being sold at a steep discount because of the risks associated with sanctions imposed to punish Russia for its invasion of Ukraine. Even so, soaring energy prices have led to an uptick in oil revenue for Russia, which took in $1.7 billion more last month than it did in April, according to the International Energy Agency.

Although it remains to be seen how much Asia will continue buying the oil as Europe weans itself off Russian energy, the shift has allowed Moscow to maintain its production levels and defy analysts’ expectations that its output would plunge. And it has offered another indication of the support Russia enjoys from China, whose top leader, Xi Jinping, has offered to deepen cooperation with Moscow despite its invasion of Ukraine.

Exports by sea of Russian crude oil to Asia have doubled from about a million barrels a day before Russia’s invasion of Ukraine, to about two million daily, according to Kpler.

The combination of discounted Russian crude and higher prices at the pump also means that Indian refiners are doubly profiting, according to analysts. Some of the oil products re-exported by India went in shipments bound for the United States, Britain, France and Italy, according to the Finland-based organization Center for Research on Energy and Clean Air.

“Those molecules, a lot of them are Russian,” Jeff Brown, the president of F.G.E., an energy consulting firm, said of the refined oil that is being re-exported to the West. “That’s the core tension — they want to punish Russia, but they don’t want oil prices to go up.”

The intensifying threat of inflation has made Russian oil a tempting prospect for other countries. South Africa’s energy minister told Bloomberg that his country was considering buying Russian oil to counteract steep fuel prices. Sri Lanka’s prime minister told The Associated Press that his country might have no choice but to turn to Russia. And Russia’s ambassador to the Philippines said at a news conference that he had told President-elect Ferdinand Marcos Jr. that Moscow could help the country with oil, gas and other energy sources.

Yet while Europe’s full embargo on Russian oil does not take effect until the end of 2022, the continent is still looking for other ways to punish Moscow over the war.

“We have to remember that Europe is looking to clamp down further,” said Mr. Brown of F.G.E. “Russia will find ways around restrictions, but the restrictions will get harder.”