It would be Stephen Curry’s fourth N.B.A. championship, or Jayson Tatum’s first. It would be a comeback story for the ages for Klay Thompson, or a fairy-tale ending to the debut of the first-time head coach Ime Udoka.

Much is at stake in the 2022 N.B.A. finals for Golden State and the Boston Celtics, two teams with something to prove. For Golden State, it’s a chance to defy the odds against reviving a dynasty after two seasons away from the spotlight. For Boston and its lineup of rising stars, this is, as they say, when legends are made.

Here is a look at what to expect in the N.B.A. finals, which begin Thursday in San Francisco.

Third-seeded Golden State has home-court advantage over second-seeded Boston because of its better regular-season record.

Experience may not be everything.

After the Boston Celtics won Game 7 of the Eastern Conference finals, their words about facing Golden State in the N.B.A. finals conveyed a blend of confidence and deference.

“We know we’re going up against a great team with the Warriors. Great players, great organization,” Celtics guard Marcus Smart said. “They have the track record to prove it. They know exactly what it takes. They’ve been here. They’re vets. We know we’ve got a long road in front of us, but we’re up for the challenge.”

These finals are marked by a gap in experience, with one team well seasoned in championship basketball and another filled with newcomers to this stage. Golden State has five players who have made multiple finals appearances — Stephen Curry, Draymond Green, Klay Thompson, Kevon Looney and Andre Iguodala. The Celtics have no players who have made it this far before now.

Part of that is a function of age. Boston’s roster is filled with players in their 20s, while Golden State is a group of 30-somethings whose lives have changed since their first finals appearances.

“Just being able to balance even just, like, family life,” Curry said after Game 5 of the Western Conference finals. “I’m blessed to have kids that are now 9, 6 and 3. Like, when I was back in ’14, ’15, chasing those playoffs, just a different vibe in terms of everything that’s going on in life.”

Smart was a 21-year-old rookie in 2015, the first time Curry, Green and Thompson won an N.B.A. championship. Jayson Tatum, who was named the Eastern Conference finals most valuable player this year, was in 11th grade. Their teammate Jaylen Brown had just finished high school and was headed to play college basketball at the University of California, Berkeley — just 11 miles from where Golden State played at the time.

By the 2015 championship, with the exception of Looney, whom the Warriors drafted a few weeks after winning the title, Golden State’s return finals participants had all been through years of seasoning and early playoff exits.

The 2021-22 Celtics have similarly spent the past few years learning how to win in the playoffs, and dealing with the bitterness of losing. Boston has been to the playoffs every year since 2015 and made it to the conference finals four times.

But Golden State’s journey shows that finals experience isn’t everything.

When the Warriors won the 2015 championship, they faced a Cleveland Cavaliers team led by LeBron James. James was making his fifth consecutive finals appearance and sixth overall. But he couldn’t stop Golden State from winning the series in six games.

But James was also relatively new to that team. The depth of Golden State’s experience will help carry the team this month. 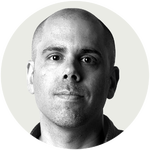 Stephen Curry has famously drained more 3-pointers than anyone in history. Klay Thompson is still basking in his triumphant return from two cataclysmic injuries. And Jordan Poole, out of the morass of Golden State’s two seasons on dynastic hiatus, has emerged as one of the most dynamic young scorers in the league.

As the Warriors return to the N.B.A. finals, several players have fueled their run. But is it possible amid all the team’s pyrotechnics that Draymond Green — the team’s highly opinionated, referee-tormenting spokesman — is somehow being overlooked? OK, maybe not. But in his 10th season, Green is making his sixth trip to the finals, and it is no coincidence. He is the defense-minded, pass-first force who binds his teammates in more ways than one.

And Green has seldom, if ever, played better basketball than he has this postseason. In Golden State’s closeout win over the Dallas Mavericks in the Western Conference finals, he collected 17 points, 9 assists and 6 rebounds while shooting 6 of 7 from the field. He quarterbacked the offense. He was a menace on defense. He used up five of his six personal fouls.

He also avoided partaking in many of the extracurriculars that had hampered him in the past — at least until after the game, when he spoke about facing the Celtics with a championship at stake. The problem was that the Celtics were still playing the Miami Heat in the Eastern Conference finals. In fact, the Heat would force a Game 7 before falling short. But in Green’s mind, he was never wrong.

“I thought they were the better team, and clearly I wasn’t far off,” Green said this week on San Francisco’s KGMZ-FM, Golden State’s radio broadcast partner.

In his own way, Green was a source of stability for the organization as the team labored with injuries in recent seasons. He mentored his younger teammates. He was in uniform when Curry and Thompson were absent. He acknowledged that it wasn’t always easy: He was accustomed to competing for championships, and suddenly Golden State had the worst record in the league.

Now, back alongside Curry and Thompson, Green has another title in sight.

“I can’t say that I thought coming into this season, like, ‘Yo, we’re going to win a championship,’ or, ‘We’re going to be in the N.B.A. finals,’ ” Green said. “But I always believed with us three that we have a chance.”

They’re both great on defense, but different on offense.

The connections between Celtics Coach Ime Udoka and Golden State Coach Steve Kerr — both former N.B.A. role players — are numerous. Both led their teams to the finals in their first seasons as a head coach, Kerr in 2014-15, when Golden State won the championship, and Udoka this year.

They are also connected to San Antonio Spurs Coach Gregg Popovich. Udoka was an assistant on the Spurs from 2012 to 2019, which resulted in a championship in 2014. Udoka also played three seasons for the Spurs, while Kerr played four seasons in San Antonio and won two championships. Both also worked with Popovich on the U.S. men’s national basketball team.

Popovich’s influence is clear. Udoka and Kerr have preached the value of a staunch defense. Boston and Golden State were the two best defensive teams in the N.B.A. during the regular season. And like Popovich, the coaches are willing to bluntly criticize players publicly.

Where they diverge is offensively.

Udoka has installed a methodical, slower offense. The Celtics frequently run isolations, ranking near the top of the N.B.A. during the regular season, while Golden State was near the bottom.

In part, that comes down to personnel: Boston’s two best players, Jayson Tatum and Jaylen Brown, are adept at getting to the rim and breaking defenses down one-on-one but less so at passing. In addition, the Celtics start Marcus Smart at point guard, and he isn’t a traditional pass-first guard.

Kerr, meanwhile, has long preached an egalitarian offense hinging on ball movement — so much so that Kevin Durant, after leaving Golden State for the Nets in 2019, complained that Kerr’s offense had been limiting. This season, Golden State led the N.B.A. in scoring off cuts to the basket, while the Celtics were just around league average. Golden State also was second in the league in total passes.

There’s another difference, too. Kerr is more willing to experiment with lineups. He has given significant minutes to rookies such as Moses Moody and Jonathan Kuminga, shuffling them in and out of the rotation. In the playoffs, Kerr gave the 19-year-old Kuminga three starts in the semifinal series against the Memphis Grizzlies. Moody, 20, was in the rotation against the Dallas Mavericks in the conference finals.

Udoka has preferred to keep his rotations fairly predictable, particularly in the playoffs, rarely reaching down the Celtics’ bench even in the case of foul trouble.

Prediction: Celtics in six. Their defense is well designed to chase Stephen Curry around.