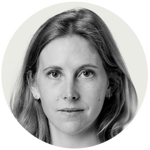 Daniel Defense, the company that made the rifle a gunman used to kill 21 people inside a Texas elementary school this week, was one of hundreds of gun makers and merchants that got emergency small-business aid from the federal government through the Paycheck Protection Program.

The company, based in Ellabell, Ga., received a $3.1 million loan in early April 2020 — just days after the relief fund opened, when many companies were struggling to break through a crush of applications as the pandemic began.

The loan, made by Cadence Bank, was used to support some 200 employees, according to government records. Daniel Defense met the program’s requirements to have its loan forgiven, and it was paid off by the government in June 2021.

A Daniel Defense rifle was used in the attack on Robb Elementary School in Uvalde, Texas, on Tuesday, according to a state police briefing received by State Senator John Whitmire of Houston. Nineteen children and two adults were killed at the school, and several other children were wounded. The 18-year-old gunman also wounded his grandmother before attacking the school.

“We are deeply saddened by the tragic events in Texas this week,” the company wrote in a statement posted on its website. “We will cooperate with all federal, state and local law enforcement authorities in their investigations.”

Company representatives did not immediately respond to questions about the Paycheck Protection Program loan. The Small Business Administration, which oversaw the program, declined to comment, citing agency policy “spanning multiple previous administrations” not to comment on individual borrowers.

Virtually every small business in America — generally defined by the government as those with fewer than 500 workers — qualified for help through the Paycheck Protection Program, which required applicants simply to certify that the “economic uncertainty” caused by the pandemic made it necessary for them to seek help from the government fund.

Daniel Defense is a privately held company, so it doesn’t publicly report its sales, but government data shows that it made significantly more guns in 2020, after the pandemic took hold, compared with a year earlier. The company made more than 51,000 firearms in 2020, and fewer than 32,000 in 2019, according to data from the Bureau of Alcohol, Tobacco, Firearms and Explosives.

Nearly 500 gun and ammunition makers and retailers received federal support through the $800 billion relief program. The industry collectively took in loans totaling $125 million, according to a New York Times analysis of government data.

Twenty-three manufacturers, including Daniel Defense, received loans of $1 million or more. The largest, for $10 million — the maximum loan available through the relief fund — went to RemArms, a Georgia company that acquired assets and a manufacturing facility from Remington after it filed for bankruptcy.