Assaults at stores have been increasing at a faster pace than the national average. Some workers are tired of fearing for their safety. 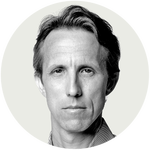 There was the customer who stomped on the face of a private security guard. Then the one who lit herself on fire inside a store. The person who drank gasoline and the one who brandished an ax. An intoxicated shopper who pelted a worker with soup cans. A shoplifter who punched a night manager twice in the head and then shot him in the chest.

And there was the shooting that killed 10 people, including three workers, at the King Soopers supermarket in Boulder, Colo., in March 2021. Another shooting left 10 more people dead at a Buffalo grocery store last month.

In her 37 years in the grocery industry, said Kim Cordova, a union president in Colorado, she had never experienced the level of violence that her members face today.

So when she was negotiating contracts for 21,000 grocery workers in Colorado this past winter, the usual issues of wages and scheduling were certainly on the table. But just as critical, if not more so, was safety.

“What happened with Covid?” said Ms. Cordova, president of Local 7 of the United Food and Commercial Workers. “People have changed. Sometimes I wonder if I am living in a Netflix movie. This can’t be real.”

The union negotiated a contract that ensures workers have the right to defend themselves if a customer attacks them. It is a grim acknowledgment of not only the violence plaguing many facets of American society but the increasing unwillingness of retail employees to keep turning the other cheek to crime in their stores.

During the early months of the pandemic, stores became tinderboxes for a society frazzled by lockdowns, protests and mask mandates. Many workers say that tension persists, even as pandemic tensions recede, and that they need more protections.

According to a New York Times analysis of F.B.I. assault data, the number of assaults in many retail establishments has been increasing at a faster pace than the national average.

Last year, the F.B.I. said, more than half the so-called active shooter attacks — in which an individual with a gun is killing or trying to kill people in a busy area — occurred in places of commerce, including stores.

“Violence in and around retail settings is definitely increasing, and it is a concern,” said Jason Straczewski, a vice president of government relations and political affairs at the National Retail Federation.

Tracking retail theft is more difficult because many prosecutors and retailers rarely press charges. Still, some politicians have seized on viral videos of brazen shoplifting to portray left-leaning city leaders as soft on crime. Others have accused the industry of grossly exaggerating losses and warned that the thefts were being used as a pretext to roll back criminal justice reforms.

“These crimes deserve to be taken seriously, but they are also being weaponized ahead of the midterm elections,” said Jonathan Simon, a professor of criminal justice at the University of California, Berkeley, Law School.

While the political debate swirls about the extent of the crime and its causes, many of the people staffing the stores say retailers have been too permissive of crime, particularly theft. Some employees want more armed security guards who can take an active role in stopping theft, and they want more stores to permanently bar rowdy or violent customers, just as airlines have been taking a hard line with unruly passengers.

Store employees have begun capturing episodes of violence, either against workers or between customers, on their phones in an effort to bring attention to the problem. A selection of videos were shared with The Times by a person who requested anonymity for fear of retaliation by the employers.

Stores, by their very design, can be a catch basin for society’s gravest challenges, such as homelessness and gun violence. And until those issues are solved more broadly, it is difficult to fortify spaces where the public is encouraged to roam freely and shop.

The crime is also a byproduct, in many ways, of the modern retailer’s business model, which arranges products out in the open in a spacious store to entice shoppers to buy more. Thin staffing and increased automation have boosted profits but make it easier for crime to flourish, workers say.

“These criminals feel like they own the store,” said Tony Settles, a clerk at a Safeway in downtown Denver. “The No. 1 thing that can fix this is accountability.”

Mr. Settles, 60, recently shouted at a man who had jumped over the customer service counter and stolen cartons of cigarettes. The man swore at him and then walked out of the supermarket unimpeded.

Employees typically lose their jobs if they physically try to stop or confront a shoplifter, a policy meant to protect them from harm. But this policy can seem to invite more crime, said Mr. Settles, who is on the executive board of Local 7 and has been trying to raise the alarm about employee safety and lobby for more security.

“If an employee gets caught stealing a candy bar, they get fired,” said Mr. Settles, who has worked in the grocery industry for 40 years. “But you have shoplifters who come in here and steal a whole buggy full of Tide. They leave, and we tell them not to come back. But they come back a few days later.”

In a statement, Safeway said: “Safeguarding our associates and customers is our No. 1 priority. For that reason, we permit only specially trained store personnel and security professionals to approach an alleged shoplifter.”

The statement added: “While acts of violence have increased across the country, we work closely with police departments to mitigate and address any threats of violence that may occur in and around our stores. The company also provides training to associates designed to protect their safety, including active shooter training.”

Some workers say companies are slow to act when they point out a potentially dangerous customer. Eden Hill, who works at a Fred Meyer supermarket in Richland, Wash., said colleagues had constantly warned management about a man who would spend hours in the store, talking especially to children. The store finally barred him, but “it took months,” Ms. Hill, 21, said.

Still, she said, she didn’t worry too much about her own safety until a man came into the store in February and shot and killed an Instacart worker and seriously injured a Fred Meyer employee.

After the shooting, Ms. Hill was so shaken that she needed colleagues to walk with her through the store. “I didn’t feel safe walking the floor anymore,” she said.

The grocery giant Kroger, which owns Fred Meyer, did not respond to requests for comment.

Some unions are demanding that retailers make official accommodations for employees who experience anxiety working with the public by finding them store roles where they don’t regularly interact with customers.

David Brokke, 30, who works in the produce department at a Fred Meyer in Bellingham, Wash., said that one of his tires was slashed in the store’s parking lot a few months ago, and that the gas lines of colleagues’ cars had been cut while they worked.

Mr. Brokke had to take a sick day to get his tire fixed, and the company didn’t compensate him for the damage, he said. “I felt disrespected,” he said. “I was doing work for them, and this happened in their parking lot, and they don’t protect us.”

Kyong Barry, a front-end manager at a Safeway in Auburn, Wash., has no qualms about confronting a rude customer, she said, but she’s deeply afraid of being caught in a mass shooting like the one in Buffalo last month.

“A lot of people are angry and frustrated and take it out on workers,” Ms. Barry said. “People are very touchy right now. There is something in the air. It is strange.”

She thinks the hands-off approach to shoplifting is leading to a broader breakdown. Ms. Barry, 59, who has been working in the grocery industry for more than 20 years and is a member of U.F.C.W. Local 3000, said she had recently noticed that regular customers were walking out the door without paying for items.

“It’s like a disease,” she said. “When there are no consequences, some people think: Why should I pay if others are not?”

Over the years, retailers have vacillated between taking a hard line on thieves and unruly customers and letting them go.

When Tony Sheppard started as a store detective for Montgomery Ward in Detroit in the 1990s, he carried handcuffs with him and had the authority to detain thieves. The next department store where he worked, in Boston, had a cell where he could lock up suspected transgressors.

“The industry took a hands-on approach back then,” said Mr. Sheppard, who is now a senior director at ThinkLP, a theft-prevention software firm. “But that could lead to legal issues if a suspect or a bystander got hurt.”

Punishments for retail theft have been eased over the past few decades in part to reduce incarceration rates. Many states now have a felony theft threshold of $1,000 or more, so even if a store reported a shoplifting case, some police departments wouldn’t be likely to make it a priority.

Retailers have tried imposing civil penalties on shoplifters, essentially threatening to sue them to cover the value of the stolen merchandise. But large companies like Walmart discontinued that practice after it was revealed that the retailers were hounding falsely accused customers.

The industry says it is putting much of its focus on stopping organized rings of thieves who resell stolen items online or on the street. They point to big cases like the recent indictment of dozens of people who are accused of stealing millions of dollars in merchandise from stores like Sephora, Bloomingdale’s and CVS.

But it’s not clear how much of the crime is organized. Matthew Fernandez, 49, who works at a King Soopers in Broomfield, Colo., said he was stunned when he watched a thief walk out with a cart full of makeup, laundry detergent and meat and drive off in a Mercedes-Benz S.U.V.

“The ones you think are going to steal are not the ones doing it,” he said. “From high class to low class, they are all doing it.”

Ms. Barry often gives money to the homeless people who come into her store, so they can buy food. She also knows the financial pressures on people with lower incomes as the cost of living soars.

When people steal, she said, the company can write off the loss. But those losses mean less money for workers.

“That is part of my raise and benefits that is walking out the door,” she said. “That is money we deserve.”